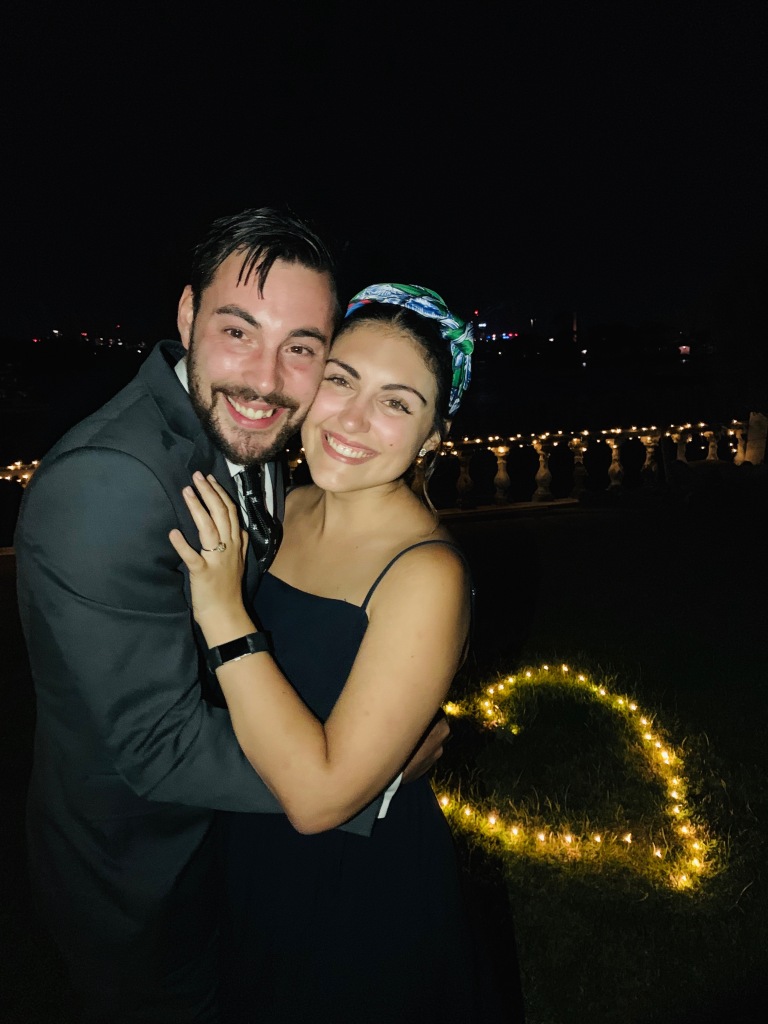 It’s been an absolute rollercoaster of emotions and we’ve been overwhelmed with how much love our friends and family have given us over the last few weeks.

So I know what you’re thinking “how’d he do it?”

Well, let me tell you a little story.

It was a Thursday night and my friends Amy and Olivia and I had dinner plans at Bistro Moncur in Paddington. My then boyfriend, Florian, decided to do dinner with the boys that night (or so he said!) and I had no hurry to get home as I knew he was out.

Florian messaged me throughout dinner telling me to take my time as his friends were running late, so I decided to ignore the time and just enjoy the company I had.

One drink led to another and we got fuller and more buzzed as the evening went on. By the time we left the restaurant, it was 10 pm and we all giggled and waved goodbye as we got into our own ubers.

On my way home, Florian messaged and asked what my ETA was because he wanted to have a shower, which seemed a little strange as I didn’t know why I needed to be home but I didn’t think much of it and told him I was 10 minutes away.

As the uber pulled up home I began to feel my heart rate increase as I saw a path of tealight candles leading down the driveway. When I closed the door of the car and began walking, Coldplay’s adventure of a lifetime began playing from ahead of me. I reached the gate and saw a note taped to it that told me to enjoy the moment and try and take everything in.

So I opened the gate and followed the candles.

We’re fortunate enough to have a tennis court on the property and as I walked down the narrow path to the court and to the next gate, Frank Sinatra’s fly me to the moon began to play.

I noticed the candles were now grouped into arrows that lead me to the left corner of the tennis court. I found another note that told me to look up and as I did  (skip to 01:14 in the song to get the idea) the tennis court lit up with thousands of fairy lights.

The sheer number of lights was breathtaking and I felt my heart rate increase faster as I had no idea what was next. After a few moments to collect myself, I cut diagonally across the tennis court down to the garden and when I reached the gate, Paramore’s The Only Exception began to sound from in front of me.

The garden was dark except for a love heart made of fairy lights on the grass and as I approached it, I saw my sister, Belle, beside it and she took my things and told me to stand in the heart.

As I stood there and waited the song changed to an acoustic guitar version of Bruno Mar’s marry you and out Florian walked, dressed in a suit and stood in front of me.

As he approached, the tears were streaming faster and he began his little spiel which I’m glad is recorded because at this moment all I remember is looking at him. 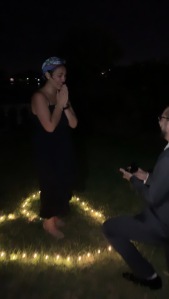 He then got down on his knee and asked me and well that’s the story.

If I wasn’t so embarrassed about how much I was crying in the video, I’d share it with you all!

I always knew he was a romantic but I never knew how he’d propose when the time came. It was absolutely out of this world and I’ll never forget it. 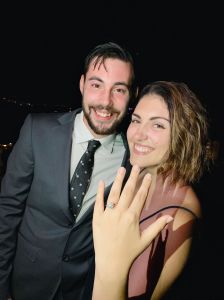 We’re now in planning mode as I’ve been told wedding venues book out as early as 12 months in advance and if I want to get married next year, I better start emailing venues and locking them down.

We’ve also locked in our engagement party next month and we made amazing invitations using Vistaprint. I uploaded our names using a downloaded font, but the rest was done by their templates. 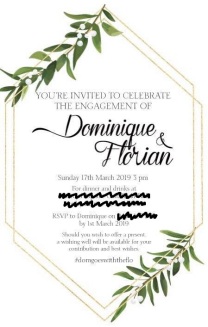 The process was super easy and it is so affordable. We were given complimentary envelopes and we opted to add on stickers to seal the envelopes. Best of all, they had a 50% off sale!

I’m looking forward to sharing this journey with you all and will be writing up posts of my experiences, from wedding expos to dress shopping and everything in between!

Love you all x

Tell Your Friends About Me:

View all posts by dominiquemargaret

Donate to help me keep writing! 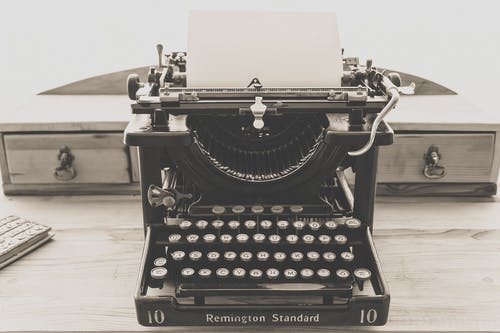 You can contribute to help keep the blog alive.